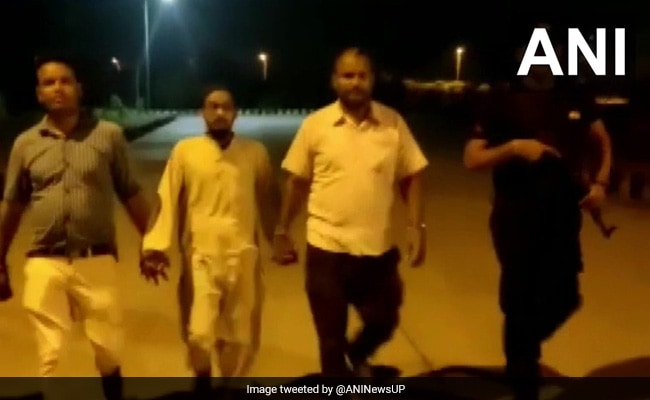 A mobile phone, a SIM card and a knife have been seized from him.

The Uttar Pradesh police has arrested a 19-year-old man for allegedly having links with terror group Jaish-e-Mohammed and being in touch with handlers in Pakistan and Afghanistan through social media, officials said Sunday.

The arrest of Habibul Islam alias Saifulla by the Anti-Terrorist Squad (ATS) came close on the heels of the arrest of Mohammad Nadeem (25), an alleged terrorist linked to Jaish-e-Mohammed (JeM) who was tasked with carrying out a ‘fidayeen’ attack on suspended BJP spokesperson Nupur Sharma.

“Following Nadeem’s interrogation Saifulla was brought from Fatehpur to Kanpur. He was later arrested. Saifulla admitted that he knew Nadeem and both of them were linked to JeM,” the UP ATS said in a statement on Sunday.

Indian and international links of Saifulla are being probed and he has been booked under the Unlawful Activities (Prevention) Act, Additional Director General of Police (ATS) Naveen Arora told PTI.

According to the police, Saifulla, who was residing in Uttar Pradesh’s Fatehpur district, is a native of Bihar’s Motihari district.

“Saifulla is an expert in making virtual IDs and he has provided around 50 of those to Nadeem as well as terrorists in Pakistan and in Afghanistan. He was linked to handlers in Pakistan and Afghanistan through various social media platforms like Telegram, WhatsApp and Facebook Messenger,” the ATS said.

Saifulla was linked to various groups on social media which used to share “jihadi videos”, the police alleged, adding he used to “send jihadi videos to people to motivate them”.

The ATS has also alleged that a Pakistani handler of the JeM had asked Saifulla to come to Pakistan for “jihadi training” and then “carry out jihad in India”.

A mobile phone, a SIM card and a knife have been seized from him, the ATS said.