New Delhi: Sara Ali Khan is famous for sharing her life with her fans on social media. Recently, the actress took to her Instagram stories to share the glimpses of her week in America.

In the video that lasted for about 7 seconds, the actress was seen cutting the cake as it was her birthday on 12th August. The ‘Kedarnath’ actress also shared some behind-the-scenes pictures from her makeup scenes and photoshoot. Sara’s fans made her birthday really special as they danced on her songs in the New York City. 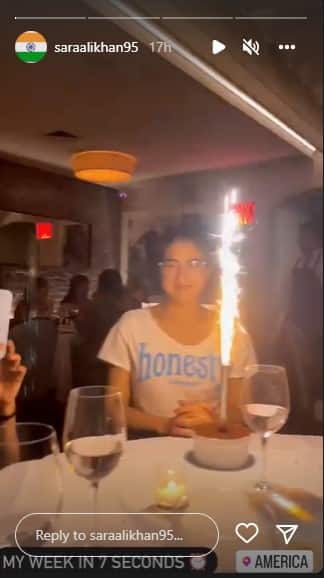 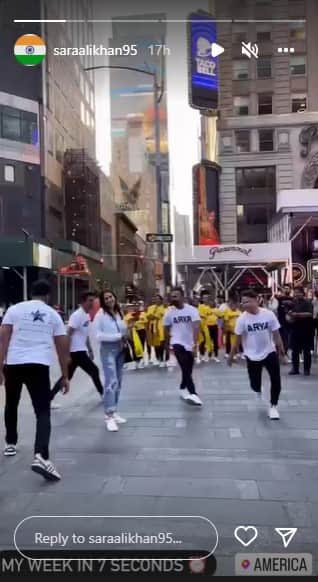 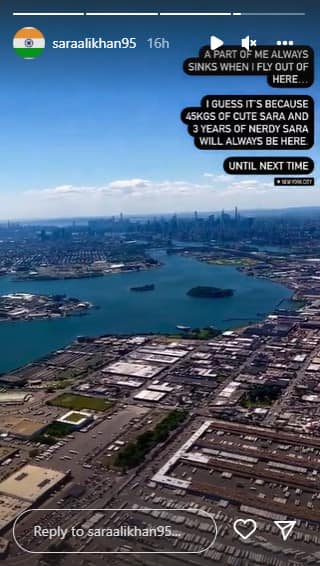 This isn’t just it for her trip. She even featured on the Times Square in the city. Around five days ago, the actress had shared a reel with her first coffee and her first workout as she arrived in the New York City.

The actress has often talked about her love for New York City. She completed her graduation from Columbia University in history political science after which she came back to Mumbai to pursue acting.

Sara Ali Khan debuted in the film industry with Abhishek Kapoor’s ‘Kedarnath’ opposite late actor Sushant Singh Rajput. Her last film was Aanand L Rai’s ‘Atrange Re’ opposite Akshay Kumar and Dhanush. The actress is currently working on ‘Gaslight’ opposite Vikrant Massey and alos has Laxman Utekar’s untitled project in her kitty. She recently appeared on the second episode of ‘Koffee with Karan 7’ with Janhvi Kapoor.