IND vs PAK: The big day, the historic clash between arch-rivals India and Pakistan saw a last-over finish and invoked a rush of adrenaline in all the parties involved, be it the fans or the cricketers. Both these nations have a rich cricketing history and take a lot of pride in it. For many years now, both India and Pakistan have been the undisputed champions of the Asian subcontinent. Sri Lanka did rub shoulders with both of these nations for some time, but as of now, it is just India and Pakistan from the subcontinent who are constantly a part of top teams. India is the defending champions of the Asia Cup and has started on a winning note against arch-rivals Pakistan in the first game of Group A at the Dubai International Stadium.

India is currently ranked as the number one side whereas Pakistan is stationed as the third-ranked T20I team. Babar Azam is leading the Pakistan team for the first time in Asia Cup whereas India will be led by Rohit Sharma. Surprisingly, last time around when the Asia Cup was played in Dubai in the year 2018, Rohit Sharma was leading India as the stand-in skipper in the absence of regular skipper Virat Kohli. . India’s loss to Pakistan in the ICC T20I World Cup caused major shifts in Indian cricket. Rohit Sharma was handed the reins of team India keeping the 2022 T20I World Cup in mind.

Team India played Pakistan in their first game of the Asia Cup and defeated them by a margin of 5 wickets. India might play Pakistan again in the ongoing Asia Cup which follows the format of a double round-robin.  After the conclusion of the Asia Cup, India will start their preparations for the T20I World Cup scheduled to be played in Australia this year. When Rohit Sharma, leads them in the tournament, he will join the likes of Virat Kohli and MS Dhoni in one if it’s kind of a life event. A life event that is nothing more than just a wonderful co-incidence.

With all the senior boys such as Sachin Tendulkar, Sourav Ganguly, Rahul Dravid, and Zaheer Khan resting for the inaugural T20I World Cup, young MS Dhoni was entrusted with the responsibility of leading team India. In the absence of all these stalwarts, India was never given a chance to win the tournament. MS debuted as India’s captain in a match against Pakistan. The match ended in a draw but India eventually won it courtesy of a bowl out. The team finally went on to win the trophy and started the MS Dhoni era in the history of Indian cricket. 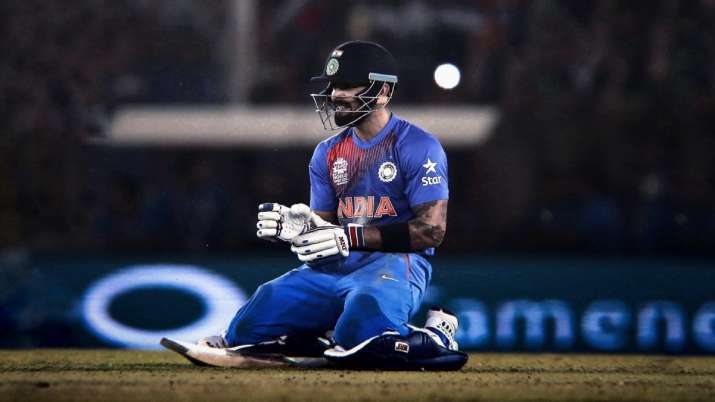 India’s red-ball skipper till this point in time, Virat Kohli was chosen as MS Dhoni’s heir to become India’s regular skipper in all three formats. MS Dhoni had stepped down as the captain of the Indian team months before the ICC Champions Trophy which allowed Virat to learn all the tricks of the trade before he could head into the 2017 edition of the ICC Champions trophy.

2022: Rohit Sharma all set to debut as India captain in ICC events against Pakistan Team India’s regular skipper, Rohit Sharma for many years has been touted as the captain as team India wants. Riding high on his Indian Premier Leagues (IPL) success with Mumbai Indians, Rohit has always been looked upon as the one who can get India a World Cup or a Champion’s trophy.

When Rohit  takes field against Pakistan in the ICC T20I World Cup, he will join the likes of Virat Kohli and MS Dhoni, legendary skippers who debuted as India captain in ICC events against Pakistan.