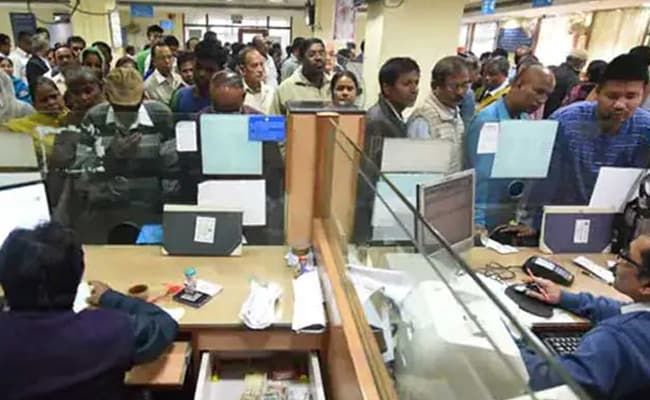 In present times, term lending for fixed capital is 45 per cent of the loan portfolio.

India’s banking sector is faced with the predicament of a “massive asset-liability mismatch” that could explode anytime, adding that there is a need to reassess laws governing the industry, renowned economist Pronab Sen said.

Mr Sen said “that explosion” has not yet happened as most of the banks are in the public sector.

Explaining the situation, he said the Indian banks had adopted the British model, and the laws don’t allow lenders to borrow from the capital market, which essentially makes deposits the only source of funds.

“Today, the average tenure of bank lending is about nine years, and deposits’ tenure is close to two-and-a-half years. So, you have nine years on the asset side, and 2.5 years on the liability side… which means there is a massive asset-liability mismatch which can explode anytime,” the former chairman of the statistical commission said here while delivering a lecture at the 7th anniversary celebrations of Bandhan Bank on Monday night.

“It hasn’t happened because the largest chunk of our banks are in the public sector… But, now banks have to assess not only the risk of the borrower, but also the length of time of lending… There is an enormous risk for the banking sector,” he said.

Elaborating, Mr Sen said 20 years back, the loan portfolio of banks comprised 70-per cent working capital finance and 20-per cent retail, while term loans to companies accounted for 10 per cent of the share.

In present times, term lending for fixed capital is 45 per cent of the loan portfolio, and working capital finance has shrunk to around 35 per cent, he said.

According to the former principal economic advisor to the Planning Commission, the Indian banking sector turned universal by default and not by design, and that is the reason there is a need to have a relook at the laws.

“Banking laws should allow lenders to raise money from the capital market. We should align our laws with those of Japan and Europe,” Mr Sen said.

Talking about the adverse impacts of COVID-19 on the economy, he said the pandemic “broke and damaged” the Micro, Small & Medium Enterprises (MSMEs) , which need rebuilding.

The noted economist said a big problem in the path of their recovery is that banks are not willing to lend to a vast majority of the MSMEs, due to the risk profile of these units.

“Earlier, the Non-Banking Financial Companies (NBFCs) used to fill this gap, but today, they are as much in trouble as the MSMEs. This is where the relationship between the NBFCs and banks come into the picture, and it is not a healthy one.

“We need to reconsider the ties between NBFCs and banks. The relationship should be that of a partner, not of that of a client or borrower,” Mr Sen said.

Mr Sen also sounded a word of caution on privatisation of state-run banks, contending that it could lead to heightened risks.

“Privatisation would mean the entire deposit and loan portfolio of lenders going to a private entity without government support,” he added.