Together, the actor duo was considered a lucky mascot by filmmakers and producers, as their hilarious chemistry was loved by one and all and it also worked wonders for the films, they featured in. 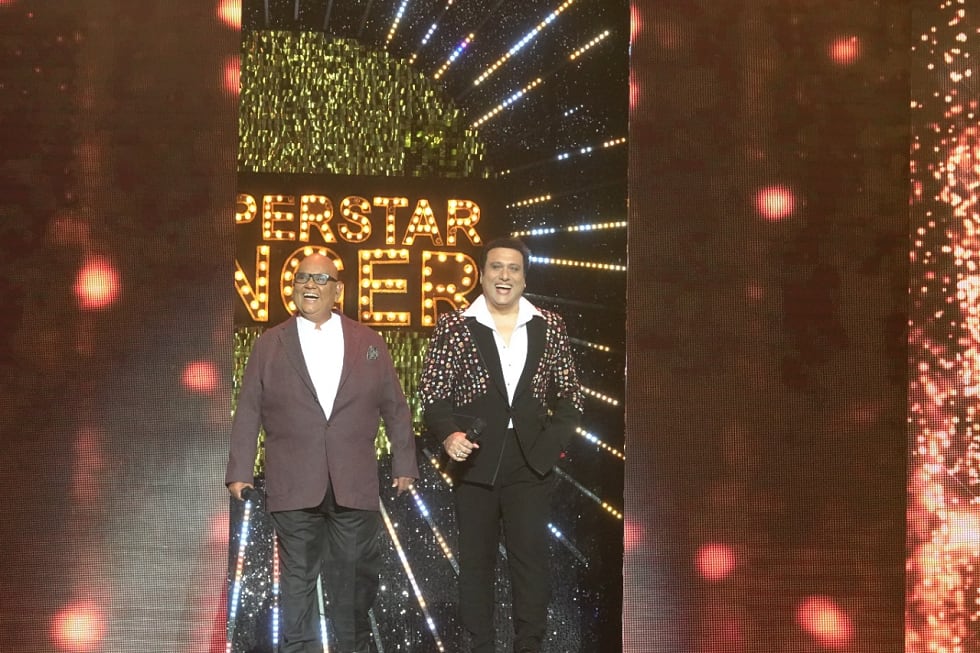 Reliving the good old days, Govinda and Satish Kaushik had a whale of a time interacting with each other after a long time on the sets of the popular singing reality show ‘Superstar Singer 2’.

Celebrating the versatile actors and their prolific journey in a special episode, the contestants will be seen performing some of their famous songs. While Satish Kaushik and Govinda will be seen enjoying the performances by the kids, they will also share interesting and fun anecdotes from their glorious journey in Bollywood.

Not only will they bring in some 90s nostalgia but will also reveal some interesting tidbits about the 90s and some of their most popular comedy scenes. Needless to say, the energy and enthusiasm on the floor were at an altogether new high.

One of the major highlights of the evening was the moment when the contestants and show’s judges including Himesh Reshammiya and Alka Yagnik crooned popular songs of the movie ‘Tere Naam’ directed by Satish Kaushik. While Himesh had composed for the musical blockbuster, Alka Yagnik crooned songs from the movie.