New Delhi: Kartik Aryan has to be one of the most exciting and loved stars in Bollywood. The actor, who regularly remains in the news for one reason or another, has everything going for him at the moment.

The actor was on Friday spotted going to the house of his Bhool Bhulaiyaa 2 producer, Murad Khetani’s, house. He was wearing a blue coat over a light blue shirt, which he paired up with jeans. 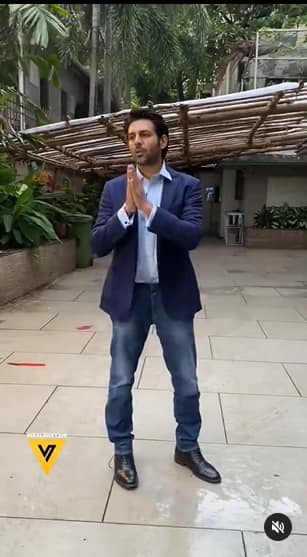 The actor has been much praised for his role in his last movie, “Bhool Bhulaiyaa 2,” which grossed over 160 crores at the box office. The movie also starred Kiara Advani, who played the role of the main character’s love interest, and their chemistry also became one of the reasons to go and watch the movie.

The film, which is now available on Netflix for streaming, was written by Aakash Kaushik and Farhad Sanji and directed by “Welcome” director Anees Bazmee.

Aside from that, the actor has a number of films in the works, including ‘Freddy,’ directed by Shashanka Ghosh of ‘Veere Di Wedding,’ and ‘Satyanarayan Ki Katha,’ among others.