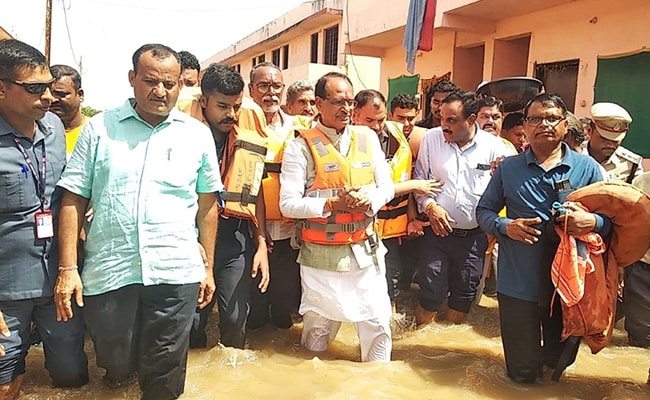 Madhya Pradesh Chief Minister Shivraj Singh Chauhan has assured financial help to those affected by floods in the state.

The Chief Minister on Wednesday conducted an aerial survey of flood-hit districts of Vidisha, Morena, Bhind and Sheopur. Mr Chouhan reached the affected villages on a boat before wading through knee-deep water to meet the victims.

“The situation created by excessive rain and floods is under control. As soon as the flood water recedes, systems should be restored in all the affected villages and cities within 48 hours,” Mr Chouhan said.

“Top priority should be given to restoration of sanitation, drinking water and electricity supply. Relief and rehabilitation work should also be started immediately. The assessment of the loss of houses, household items, crops and cattle due to floods and excessive rain should be ensured in a transparent manner and with sensitivity. Financial help will be provided to those affected,” he added.

Mr Chouhan also spoke with Prime Minister Narendra Modi over phone and informed him of the flood situation in the state.

About 100 villages of Morena, Bhind and Sheopur have been affected after heavy release of water from dams in Rajasthan, forcing rivers Parvati and Chambal to swell.

Around 6,000 villagers have been shifted to safer places and as many as 13 disaster response teams have been pressed into action in three districts of Gwalior-Chambal region to deal with any eventuality.