New Delhi: Karan Johar attended a get-together at designer Manish Malhotra’s house along with sisters Kareena Kapoor Khan and Karisma Kapoor and Natasha Poonawala. The pictures of the event were shared by Manish Malhotra on his Instagram handle.

In the first picture, all of them posed together while looking at the camera. While Karisma opted for a black dress and paired it up with heels, Kareena donned a white t-shirt. Karan, on the other hand, opted for an all-black outfit while Natasha Poonawalla wore a cream top, silver jacket and matching skirt.

The ace designer also clicked a string of selfies and posted them on his Instagram stories. Manish captioned the post, ‘Home with friends’ with a two hearts emoji. Karisma Kapoor dropped red heart emojis on the post. 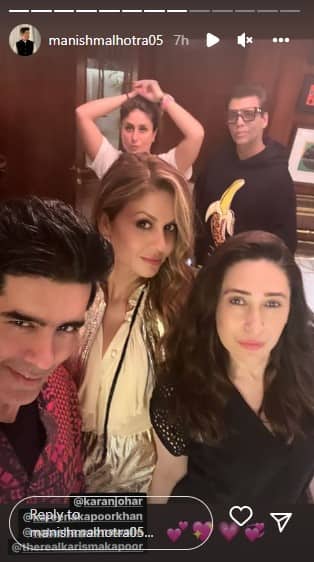 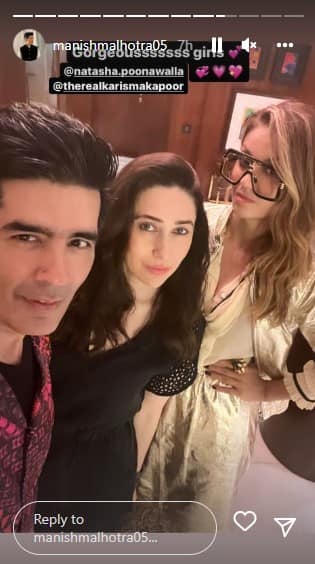 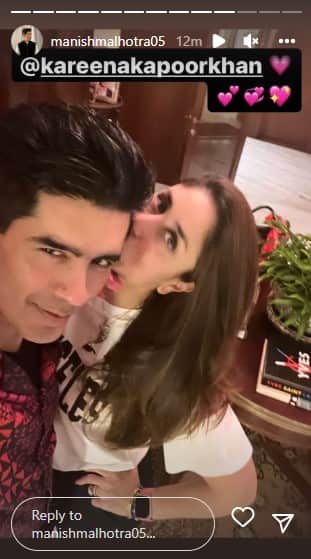 Karan also shared the picture on his Instagram stories and wrote, “Trying our best to be candid (failing of course!).” Sharing a picture on her Instagram, Karisma Kapoor wrote, “Just hangin…”

Talking about their professional lives, Kareena Kapoor was last seen in Aamir Khan’s ‘Laal Singh Chaddha’ where she played the character of Rupa. The film miserably failed at the box office, taking everyone by surprise.

Karan Johar, on the other hand, is all set to return as a director with his upcoming film ‘Rocky aur Rani ki Prem Kahani’ starring Alia Bhatt and Ranveer Singh in lead roles.