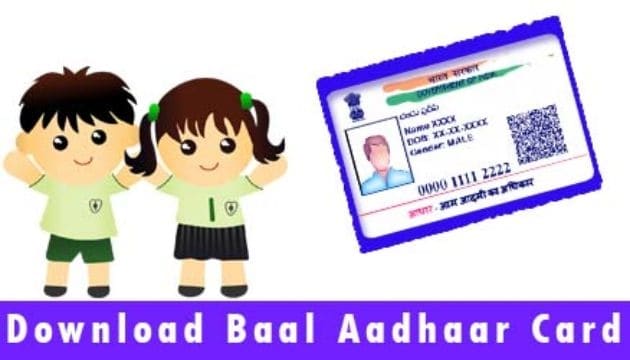 The Unique Identification Authority of India, custodian of Aadhaar, has enrolled more than 79 lakh children aged below 5 years during April to July this year, an official statement said on Monday.

The enrolment is part of a renewed effort to reach out to more children in the 0-5 age group under the Bal Aadhaar initiative and help parents and children avail multiple benefits.

“The Unique Identification Authority has enrolled more than 79 lakh children in the 0 – 5 age group during the first four months (April – July) of the current financial year,” the statement said.

“Enrolments of children in the 0-5 age group in states like Himachal Pradesh and Haryana have already covered more than 70 per cent of the targeted age group.

Registration of children (0-5 age group) has also done exceedingly well in several other states and UTs including Jammu and Kashmir, Mizoram, Delhi, Andhra Pradesh and Lakshadweep,” the statement said.

Children in the age group of 0-5 years are issued Bal Aadhaar.

Collection of biometric (fingerprints and iris) data is a key feature in issuing Aadhaar as the same is required to establish uniqueness. However, for Aadhaar enrolment of children in the age group of 0-5 years, these biometrics are not collected.

To differentiate the Bal Aadhaar from normal Aadhaar, it is issued in blue colour, with a remark that this is valid till the child attains the age of 5 years.

On attaining the age of 5, the child is required to furnish his or her biometrics at an Aadhaar Seva Kendra to complete a process called mandatory biometric update.