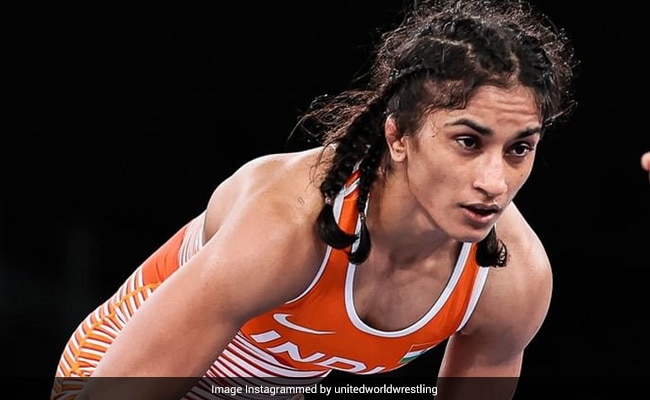 Ms Phogat’s win is very special, he said and hailed her as one of India’s most distinguished athletes who has clinched her third consecutive Gold in the Commonwealth Games.

Mr Dahiya, he added, played like a champion and has brought immense pride for the nation. His success proves that no dream is too big if one is passionate and dedicated, PM Modi tweeted.

Congratulating Pooja Gehlot on winning a bronze medal in her wrestling category, the prime minister said she bravely fought throughout and demonstrated exceptional technical superiority through the games.

All the best to her for her upcoming endeavours, PM Modi added.

Putting aside the mental and physical struggles that pegged her back, an intimidating Ms Phogat pounced on her rivals to complete a hat-trick of CWG gold medals while Dahiya too went unchallenged in his gold-winning show.