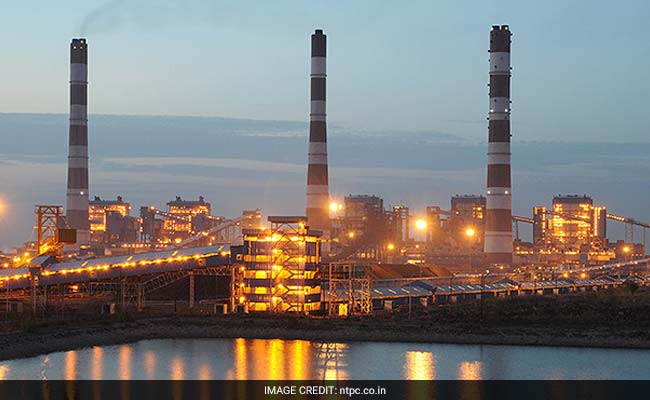 India’s largest power producer is looking to develop another massive nuclear project just weeks after announcing its entry into the sector, a sign that Prime Minister Narendra Modi’s expansion into atomic energy is gaining momentum.

A venture between NTPC Ltd and Nuclear Power Corporation is in advanced talks with the government to develop two 700-megawatt reactors in Madhya Pradesh, according to people familiar with the matter, who asked not to be identified as the discussions aren’t public.

That comes on the heels of an announcement earlier this month from NTPC, which said it’s seeking to make its nuclear power debut with two reactors at Gorakhpur in the northern state of Haryana. The country is currently building six gigawatts of nuclear capacity, the most after China, which has nearly three times that volume under construction, according to the International Atomic Energy Agency.

PM Modi is aiming to more than triple India’s nuclear fleet over the next decade to expand the share of electricity from cleaner sources, as the nation seeks to zero out carbon emissions by 2070. The country currently generates about 70 per cent of its electricity using coal and around 3 per cent from nuclear, and has opened its atomic industry to state-controlled firms beyond Nuclear Power Corp. of India Ltd. in a bid to speed adoption of nuclear energy.

“From a carbon footprint point of view, nuclear is the best form of baseload power and that makes it a crucial part of India’s journey to net zero,” said Debasish Mishra, a Mumbai-based partner at Deloitte Touche Tohmatsu. “The domestic technology is tried and tested and more and more government companies should consider investing in these projects.”

India emerged from a nuclear exile in 2008 following an agreement with the US that allowed it to access foreign technology and raw materials for its civil program for the first time in three decades. But resistance to the country’s nuclear liability law, which holds equipment suppliers liable for accidents along with anti-nuclear concerns following the 2011 Fukushima disaster in Japan have thwarted expansion plans.

The nation has 6.8 gigawatts of nuclear power, barely 1.7 per cent of its total generation fleet. NTPC currently runs 92 per cent of its capacity on fossil fuels and plans to reduce that to about a half by 2032.