Former Australian captain Ricky Ponting shared a special picture on his social media account. The photo includes fast bowler Brett Lee, wicketkeeper Adam Gilchrist, Shane Watson, Matthew Hayden and many star players. Ponting wrote, “And the band is back together. What a wonderful weekend with these stalwarts.” 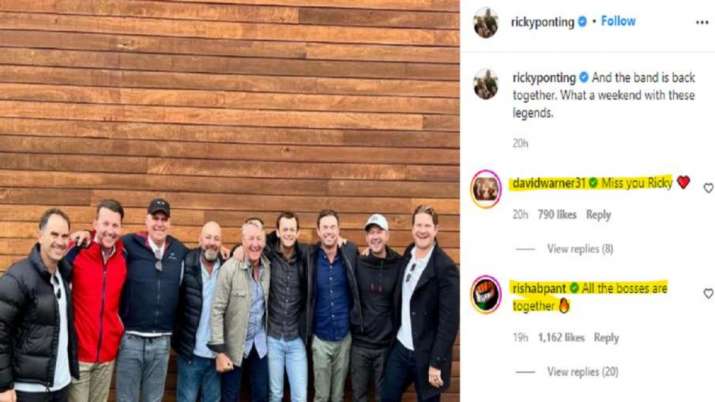 Apart from these, the fans also commented on this photo and remembered Shane Warne as well as Andrew Symonds. It is worth noting that both these players were legends in their own rights and played under the captaincy of Ricky Ponting, but unfortunately, both the players died this year.

Ponting recently said that India are favourites to lift the Asia Cup.

As far as Ponting is concerned, he is the coach of the Delhi Capitals in IPL. He also picked a side for the India-Pakistan clash to be held in the upcoming Asia Cup next week.

He had that he would like to go with India, as it is difficult to ignore them in a multi-nation event, but mentioned that he isn’t against Pakistan as they are a great cricket-playing country.