New Delhi: Bollywood Superstar Salman Khan has often donned the role where he seems to be defending his country from some threat, but recently he got the opportunity to meet and spend some quality time with people who, not in reel life but in real life, fight and stand for the nation’s integrity and security.

The actor was in Visakhapatnam, where he spent some quality time interacting with the soldiers and other officials, who were more than thrilled to have the superstar among them. The photos from his visit have been going viral on social media, where he can also be seen waving the Indian flag with hordes of excited fans cheering him on. 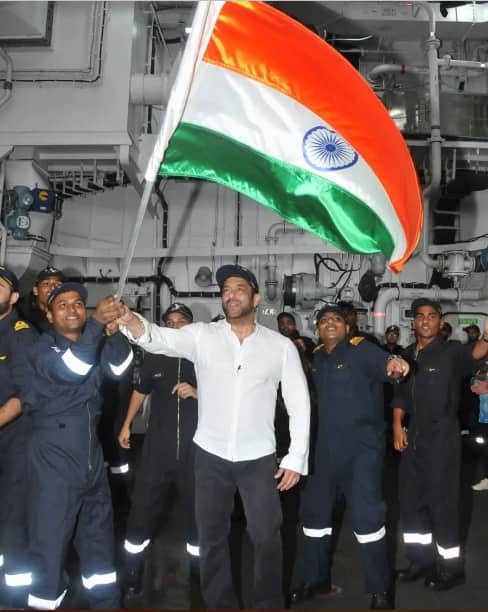 The actor, who was most recently seen in “Antim: The Final Truth,” has a number of movies in development, including “Kabhi Eid Kabhi Diwali,” which is being helmed by “Housefull 4” fame director Farhad Samji. He also plans to make a comeback with his Tiger franchise and will reprise his character in the third instalment of the movie. Katrina Kaif and Emraan Hashmi are anticipated to appear in Tiger 3, and Hashmi is anticipated to portray the antagonist. Maneesh Sharma will helm the spy thriller.