The Samsung Galaxy Z Fold 4 comes with a 7.6-inch QXGA+ Dynamic AMOLED 2X display panel on the inside. This is the main, folding screen and it also supports 120Hz refresh rate and can dynamically switch from 1Hz to 120Hz depending on the task at hand.

This is complimented by a smaller outer screen, which users can operate on when the Fold 4 is closed. This is a 6.2-inch HD+ Dynamic AMOLED 2X panel, again with support for 120Hz refresh rate, though the outer panel can only go as low as 48Hz when trying to save battery.

The phone is powered by the Qualcomm Snapdragon 8+ Gen 1 chipset and comes in three storage variants. All three variants have 12GB RAM but you can choose between 256GB, 512GB or 1TB internal storage. 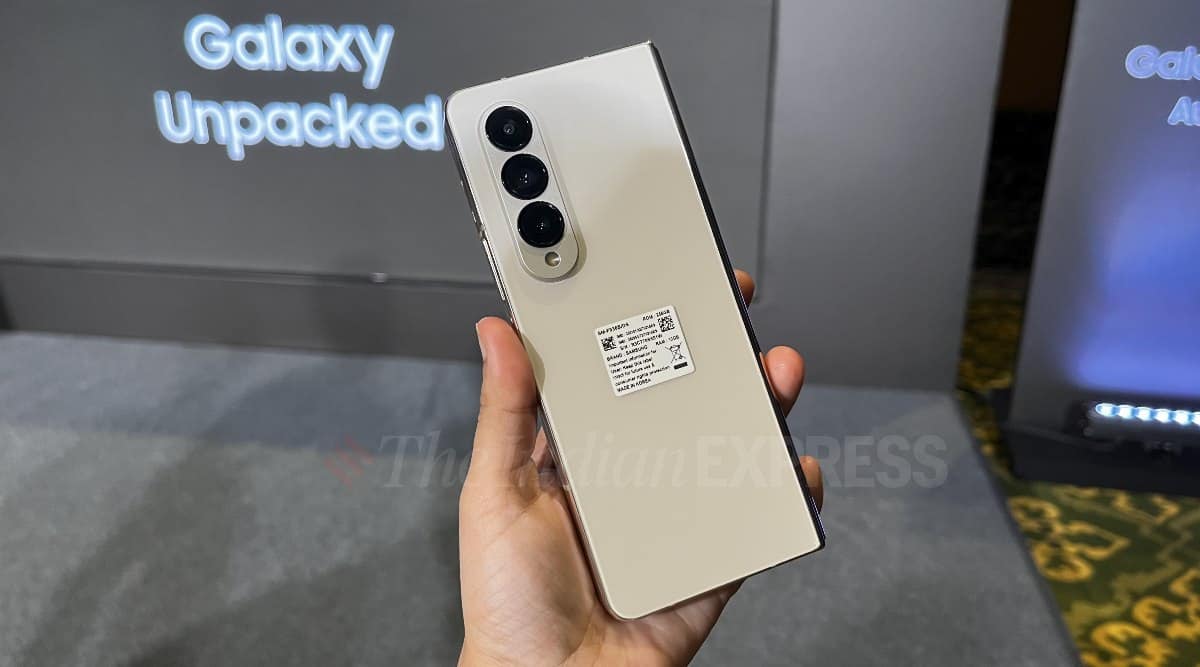 The Galaxy Z Fold 4 also comes with a 4,400mAh battery and support for 25W wired charging and Qi wireless charging. Other features include an IPX8 certification, Android 12L-based One UI 4.1.1, a side-mounted capacitive fingerprint sensor, and support for Bluetooth 5.2 and WiFi 6E. The phone also weighs 263 grams.

The Galaxy Z Flip 4 comes with a 6.7-inch FHD+ Dynamic AMOLED 2X outer screen with 120Hz adaptive refresh rate (1-120Hz). This is the main screen that’s folds internally. The phone also has a smaller secondary 1.9-inch Super AMOLED 260×512 pixels outer display for when it is folded in its clamshell form factor. The phone comes with a dual camera setup on the rear comprising a 12MP main camera with OIS and a second 12MP ultrawide camera with 123-degree field of view. There’s also a 10MP front camera for selfies and video calls.

Other specifications include an IPX8 certification, Android 12L-based One UI 4.1.1, a side-mounted capacitive fingerprint sensor, and support for Bluetooth 5.2 and WiFi 802.11 a/b/g/n/ac/ax.