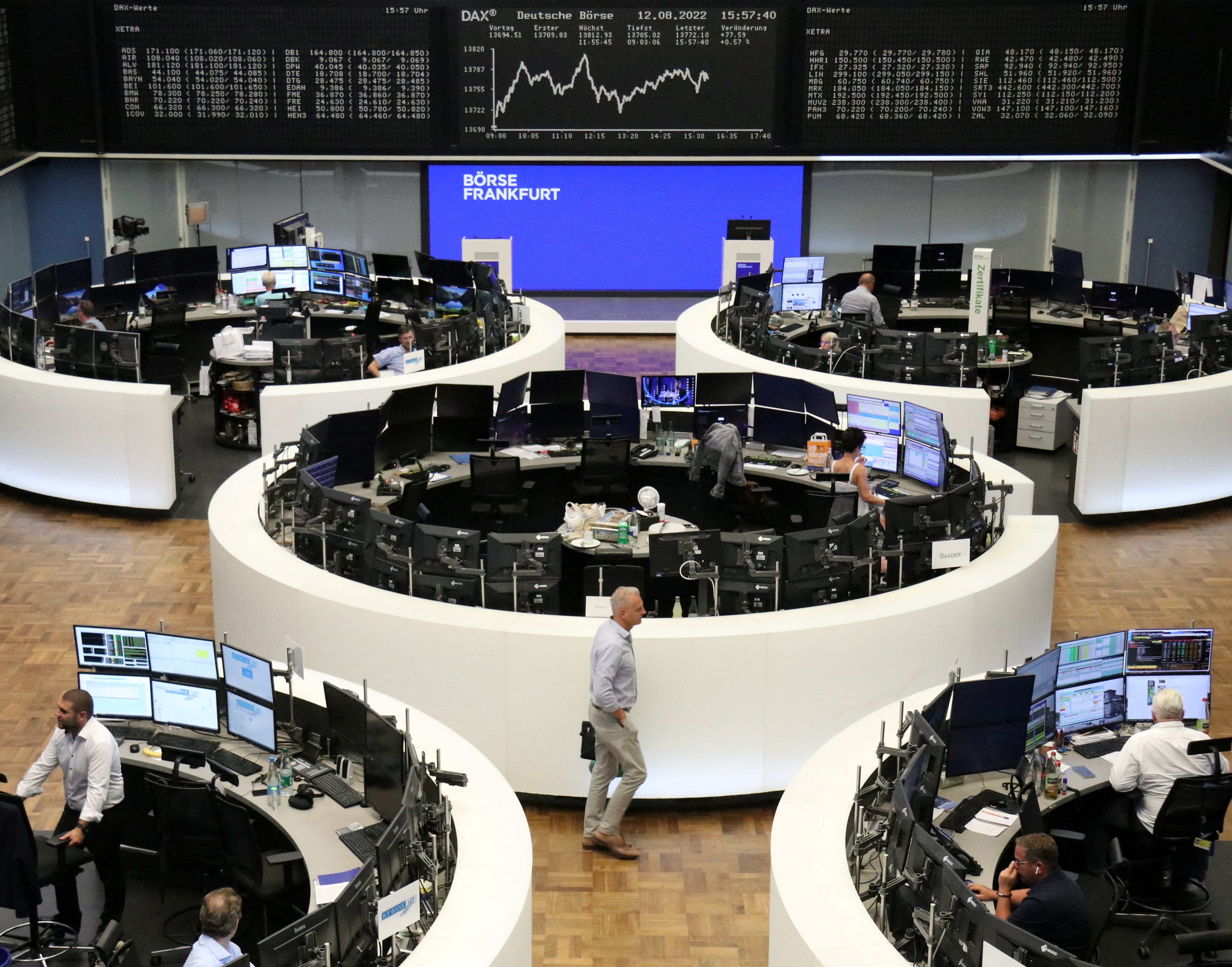 The MSCI all country index was barely firmer, a month-long advance having whittled away the benchmark’s decline for the year to about 13 per cent.

Until now, investors have been grappling with how much further central banks in the United States and Europe would hike rates when they meet next month.

Hopes of smaller rate hikes on signs that US inflation may be peaking helped Wall Street clock up its fourth straight week of gains by Friday.

The gains on Wall Street and steady growth figures for Japan helped the Nikkei share average in Tokyo jump to its highest in more than seven months.

“China, I think, is a different situation than the rest of the world. They’ve got a self imposed recession that they’ve created from the zero COVID policy,” said Patrick Armstrong, chief investment officer at investment house Plurimi Group.

“I do think it’s going to be Fed driven if there is another leg down in markets. Quantitative tightening, I think, will begin in earnest in September and that’s going to withdraw liquidity from the market,” Mr Armstrong said.

Markets are still implying around a 50 per cent chance the Fed will hike by 75 basis points in September and that rates will rise to around 3.50-3.75 per cent by the end of the year.

The Fed will publish minutes on Wednesday from its last rate-setting meeting, but investor hopes of them showing the central bank beginning to pivot on rate hikes could be dashed.

“I don’t think (Fed Chair) Powell is going to say that, I don’t think the minutes are going to indicate that,” Mr Armstrong said.

S&P 500 futures and Nasdaq futures were both down around 0.5 per cent after last week’s gains.

Earnings from major retailers, including Walmart and Target, will be scrutinised for signs of flagging consumer demand.

The cut in Chinese interest rates failed to stop Chinese blue chips easing 0.13 per cent, while the yuan and bond yields also slipped.

Geopolitical risks remain high with a delegation of US lawmakers in Taiwan for a two-day trip.

The bond market still seems to doubt the Fed can manufacture a soft landing, with the yield curve remaining deeply inverted. Two-year yields at 3.27 per cent are well above those for 10-year notes which were trading at 2.86 per cent.

Those yields have underpinned the US dollar, though it did slip 0.8 per cent against a basket of currencies last week as risk sentiment improved.

“Our sense remains that the dollar rally will resume before too long,” argued Jonas Goltermann, a senior economist at Capital Economics.

The head of the world’s top exporter, Saudi Aramco, said it was ready to ramp up output while production at several offshore US Gulf of Mexico platforms is resuming after a brief outage last week.