New Delhi: On the occasion of the Indian Film Festival, while several stars travelled to Melbourne to grace the event, Tamannaah Bhatia was the one who not only attended the IFFM but also did an exclusive photo shoot at her favourite MCG ground.

Dressed in a beautiful orange dress, the actress was thrilled to be at the iconic ground, where several heroes of the Indian cricket team have created history. 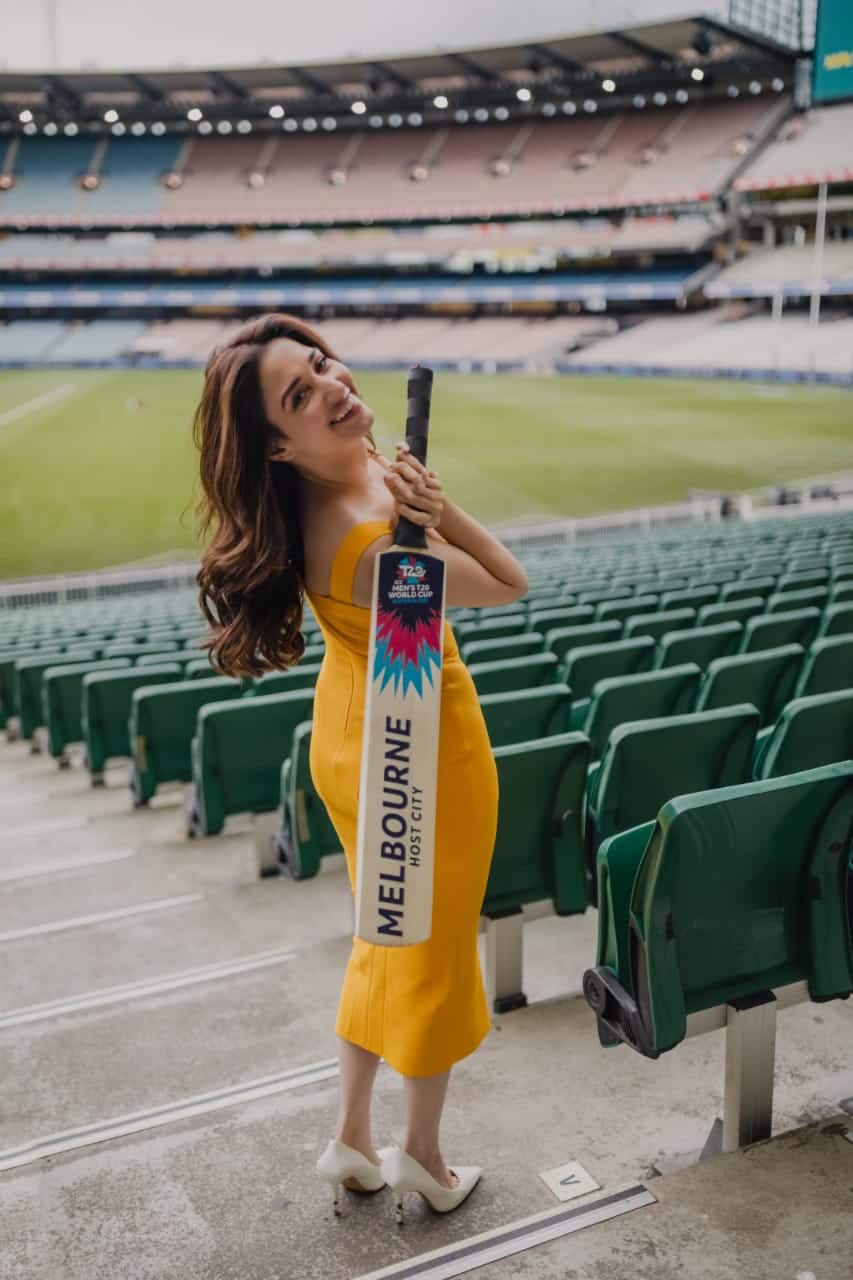 Commenting about the photo shoot Tamannaah said, “I am excited to be here at The Indian Film Festival of Melbourne (IFFM) 2022. IFFM has received such a great reception in Melbourne, this is a testimony to the far-reaching impact of Indian cinema.”

“Melbourne is one of my favourite cities to be in and I am happy to be invited to do a special photoshoot at the iconic Melbourne Cricket Ground,” she added.

On the work front, Tamannaah will next star in Nagashekar’s romantic drama, ‘Gurthunda Seethakalam’. The star also has movies like ‘Bole Chudiyan’, ‘Bholaa Shankar’, ‘Chor Nikal Ke Bhaaga’ and ‘Yen Endru Kadhal Enben’ coming up in 2022.