New Delhi: Actors Varun Dhawan and Janhvi Kapoor’s next ‘Bawaal’ is creating a rage among the audience. While the Sajid Nadiadwala film just went off the floors with all the schedules wrapped, the mass entertainer has already started garnering fans for Varun Dhawan’s character Ajju Bhaiya.

Taking to his Instagram story, Varun Dhawan shared a photo of a Namkeen packet that had his character Ajju printed on its cover. Well, it doesn’t come as a shock that Varun Dhawan has amassed a huge following from all quarters for his character since the actor often posts on social media talking like Ajju Bhaiya. 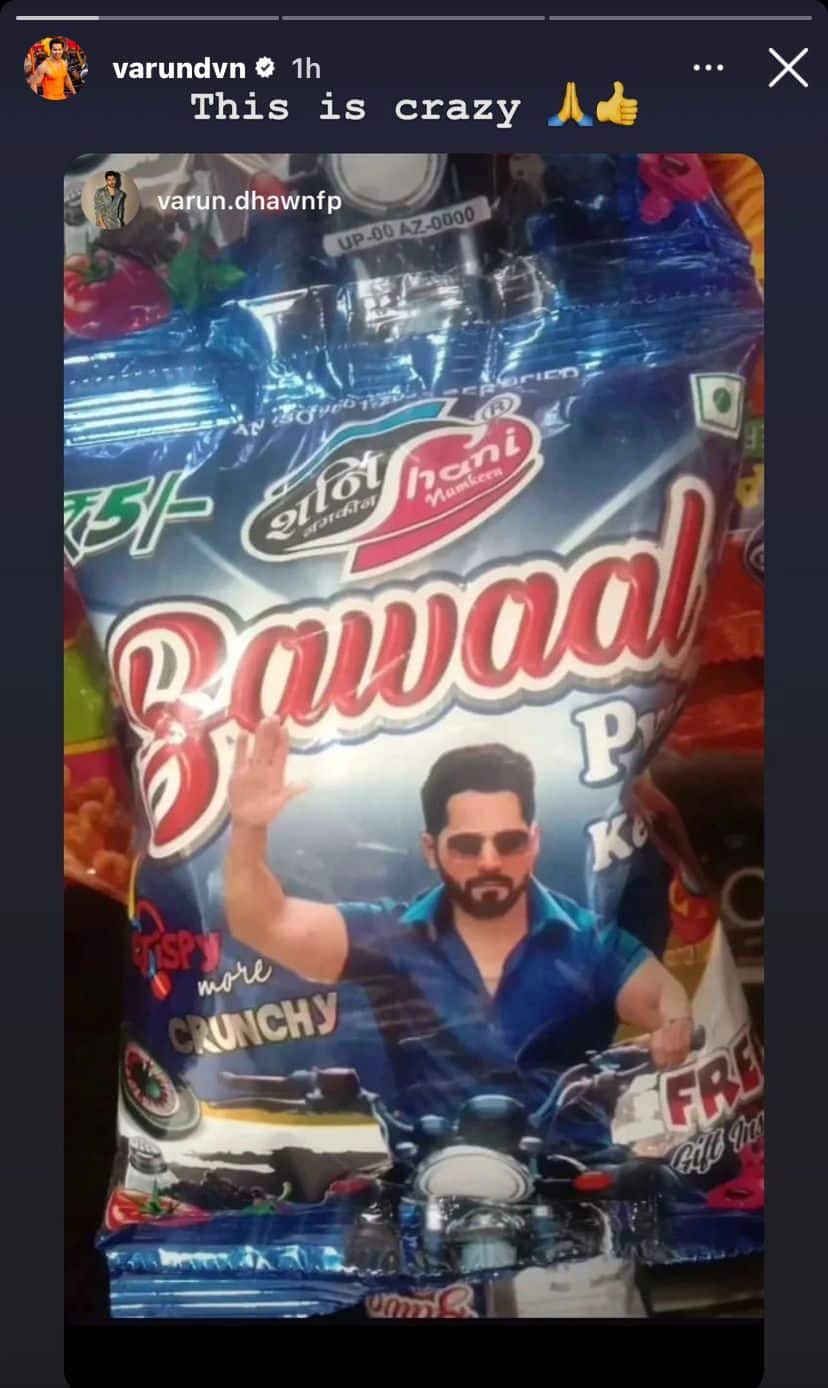 Varun’s character Ajju Bhaiya from ‘Bawaal’ is reported to be fun, rowdy and cool.

Directed by Nitesh Tiwari, Sajid Nadiadwala has roped in a star cast of Gen Z actors Janhvi Kapoor and Varun Dhawan who will be starring in Bawaal.

‘Bawaal’ is produced by Sajid Nadiadwala, under the banner of Nadiadwala Grandson and is co-produced by EarthSky Pictures. The film is directed by Nitesh Tiwari and will hit screens on 7th April, 2023.