New Delhi : Actor Vijay Deverakonda is all geared up for his upcoming sports-drama film ‘Liger’ backed by Dharma Productions. The actor is busy promoting the film these days with his co-star Ananya Panday.

On Saturday, the actor landed back in Mumbai after a hectic promotional event in Patna. He was captured by the papparazzi while coming out the airport. The ‘Arjun Reddy’ actor was dressed in an over-sized white shirt paired up with grey pants. Fans loved the actor’s look and filled the comments section with heart emojis and praises for his look. “Amazing,” commented one user.

The actor had gone to Patna for the promotion of ‘Liger’. While interacting with college students, the actor said in Hindi, “Aap sabko bohot pyaar karte hai hum.” 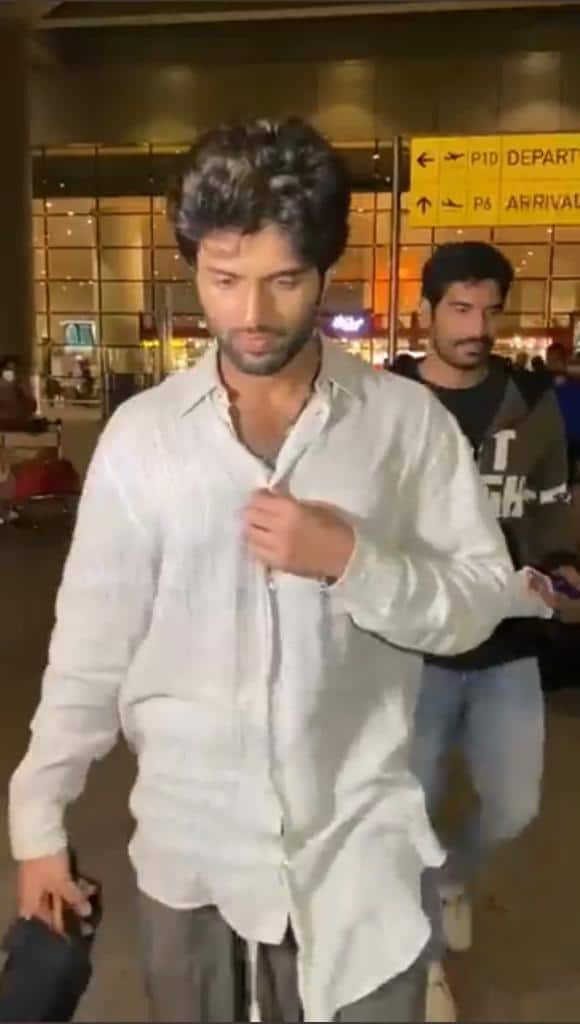 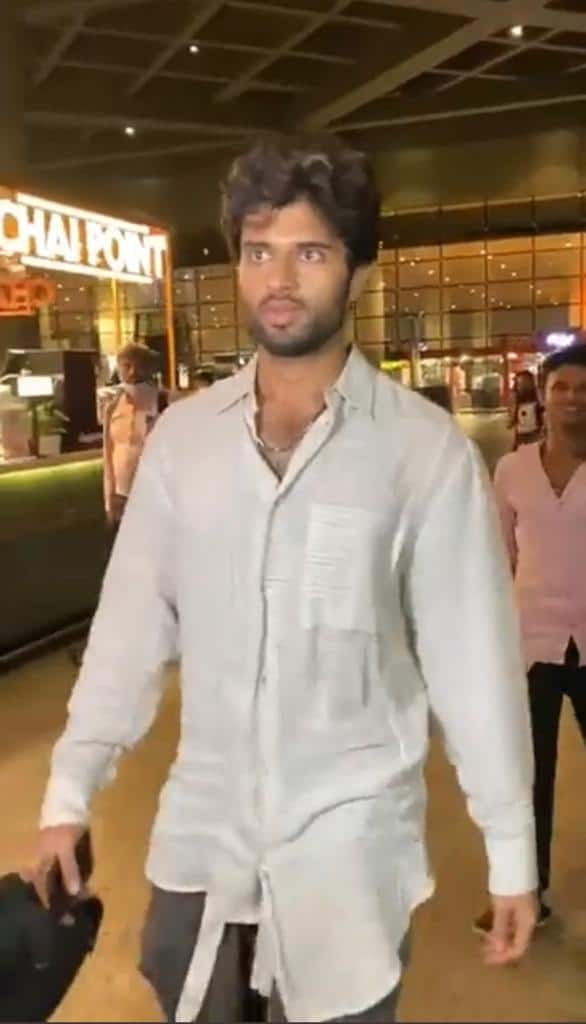 The actor also released the new song of ‘Liger’ titled ‘Aafat’ which has crossed more than 10 million views on YouTube as yet. Composed by Tanishk Bagchi, the song is available in Hindi, Tamil, Telugu, Kannada and Malayalam.

Vijay’s upcoming film ‘Liger’ will hit the theatres on 25th August this year. This film has been directed by Puri Jagganath and is backed by Karan Johar’s Dharma Productions. The film features Ananya Panday as his girlfriend, Ronit Roy as his coach and Ramya Krishnan as his mother. Apart from this, the film also features boxing legend Mike Tyson in a special cameo.